The year is almost over  (well we're three quarters of the way through it practically)!! It seems as though the year is just flying by!!

Bookings at Bobbis for the final term of the year opened today (or if you're a VIP bookings opened yesterday), and Christmas party plans are in full swing and there seems to be lots going on in the Pole World here in Aus (well Sydney to be exact) 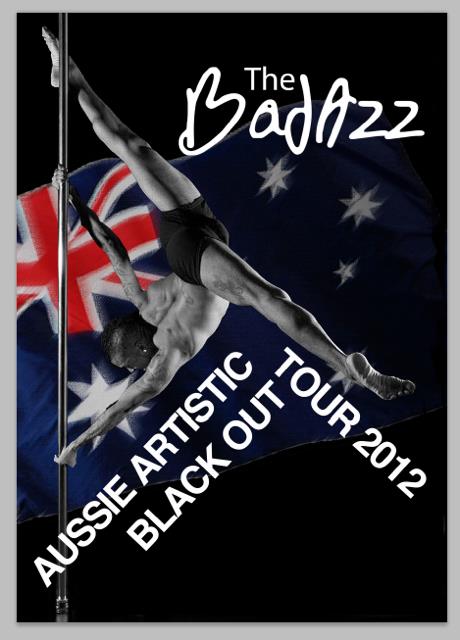 On the 13th of October BadAzz will be at Bobbis for a workshop so if you want to learn some really cool tricks book into that one! It's $85 and goes from 3.30 til 5pm.

I won't be able to make it... I'll be to busy getting ready for my date with Adam Levine the Maroon 5 Concert! Woohoo!! 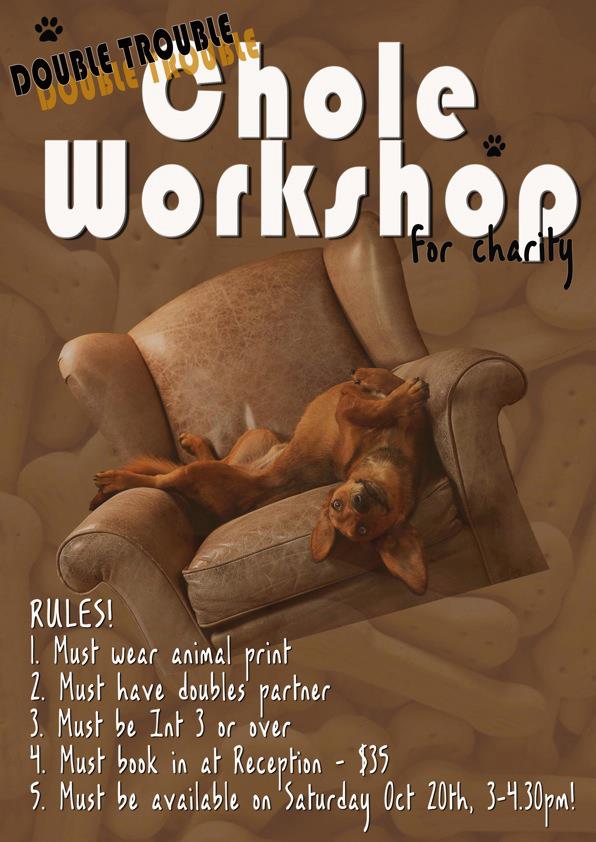 If, like me, you haven't tried out Chole yet and want to give it a go while supporting a great cause then grab a friend, your favourite animal print outfit and book into Bobbis Chole for Charity on Saturday 20th October!! (Note: You must be in inter 3 or above). It's 35pp and goes from 3-4.30pm 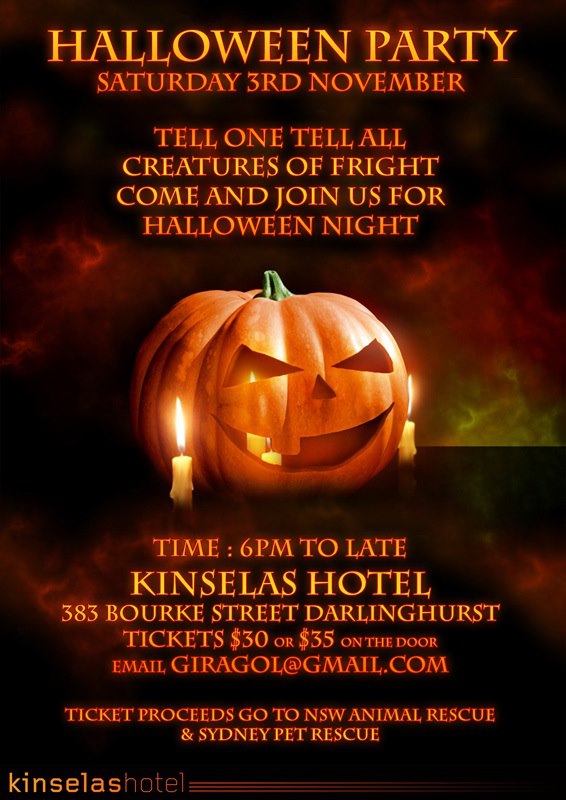 The amazing Andre and his sister Natalie for the last few years have hosted one of the most awesome Halloween Parties in Sydney! Not only is it a great night with great entertainment but the proceeds from the evening go to two worthwhile animal Charities! NSW Animal Rescue and Sydney Pet Rescue!! This year it will be at Kinselas Hotel (Bourke St Sydney) There will be prizes for best dressed Male, Female and Couple/Group and a door prize for the person who buys the 98th Ticket!!
There will be some great pole shows (INCLUDING ME SO COME!!) and DJ Josie Styles will be playing some awesome tunes and there will be face painters as well!!! What more could you want!!

It's on Saturday 3rd November and tickets are pre sale $30 or to buy at the door on the night $35!

If you can't make it you can always just send a donation through if you're feeling generous :)

Also on the 3rd November there will be a Breast Cancer Charity Event at Sefton Playhouse which I will also be doing a show at! (Man I'm going to be a busy girl!!) I don't have many details yet but as soon as I get them I'll let you know!! Another great cause to support and one which is very close to my heart (my grandmother had breast cancer) 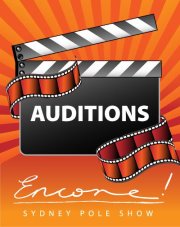 Auditions for the next Encore Pole Show start 1st October 2012 and close 3rd December 2012. So if you're interested in performing send an email to sarah@encorepoleshow.com.au to get an audition pack! I've got mine!! woohoo!!! 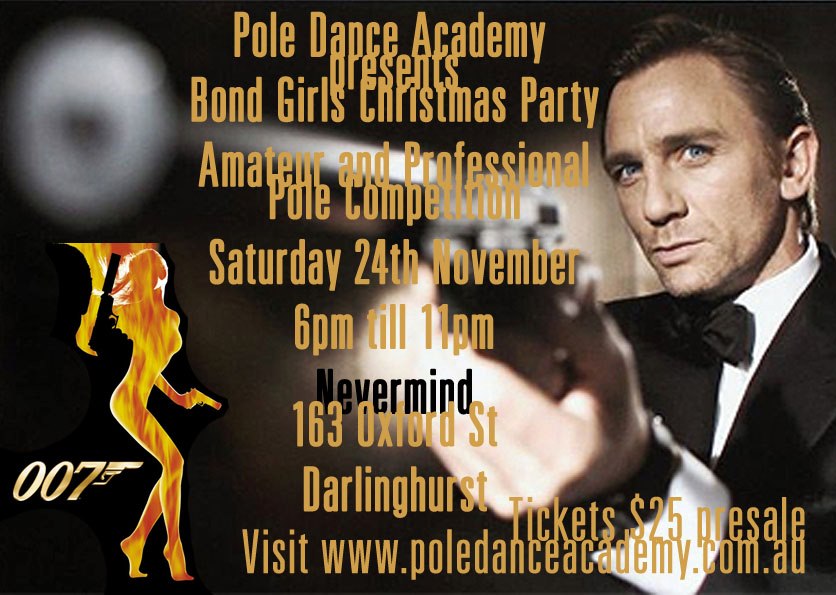 One more last comp for the year, Pole Dance Academy's Christmas Party/ Amateur/Professional Pole Comp! Entry's are now open and I think there are limited spots so if you want to enter get in quick!! I've submitted mine! And at this stage I'll be doing something a bit different.. something slow... and not rock!! Don't want to enter? That's cool.. come and watch!! It's on the 24th November at Nevermind on Oxford St , Sydney.
Tickets are $25 pre sale or $30 at the door.

And of course there is the FINAL OF MISS POLE DANCE AUSTRALIA COMING UP AS WELL!!! WOOOHOOO!!! Get your tickets from Ticketek now if you haven't already!!

There is so much going on in the next couple of months it's going to be amazing! I'm excited that I have another comp to train for and some other performances supporting some great charities!!

If there's anything else coming up that I've forgotten about that's coming up let me know!!